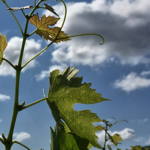 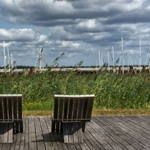 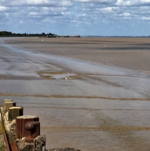 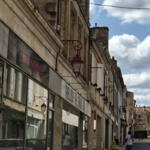 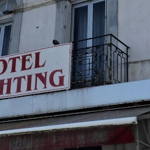 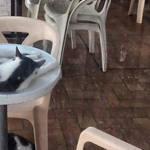 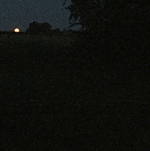 When I went for a walk this morning, the clouds were so beautiful that I immediately took a photo. But even without that it was a beautiful walk: the dogs were quite well-behaved and once again I felt that we are really lucky to live in such a fantastic area.

In the afternoon, my daughter Nina ad a meeting in Pauillac, 8km away, so I drove her there. While she was busy I walked round Pauillac with her son, Lucas. All along the quayside sunloungers enticed people to enjoy the sun.

Opposite the Tourist Information Office there was a notice in German, saying: “1241 km to Pullach in the Isar valley “ (the twin town in Germany).

The Gironde was, as usual, a muddy brown, with Blaye Nuclear Power Station visible on the far shore.

The narrow streets of Pauillac were pretty but a large number of commercial premises are now empty.

Just opposite the promenade along the quays there’s a hotel-restaurant in a very good position but it doesn’t look busy and appears to have been closed for some time. There are pigeon droppings all over the windows and the awning on the terrace doesn’t seem to have been used for years.

But when you look through the window it’s clear that the hotel is not as empty as it appeared to be. It was hard to tell if the people inside were staff or customers: they were all asleep.

Yesterday I noticed on the calendar that there was a full moon. I don’t know why I keep trying because for a long time I’ve known that mobile phones don’t take good photos of the moon. But I took one anyway.

And today it seems that there’s a full moon again. Is that possible?