Awards ceremony of the MEBA - Maison de l'Europe Bordeaux-Aquitaine
May 17, 2019 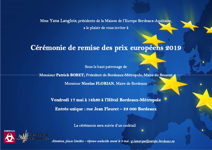 On the recommendation of the German Consulate General in Bordeaux, Médoc actif has been selected to receive the Price for European associations 2019 offered by the organization MEBA. We have gladly followed the invitation to receive this distinction and participate in the awards ceremony at the Hôtel de Bordeaux Metropole where Médoc actif was represented by a small group of Médoc-enthusiasts. For all of us the price offered to honor our initiative was a memorable recognition of our efforts and an opportunity to distribute the first items of our brochure “10 Years Médoc actif” 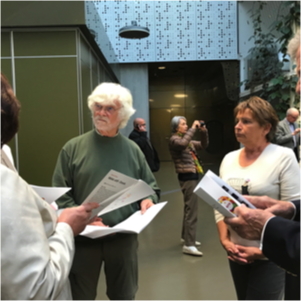 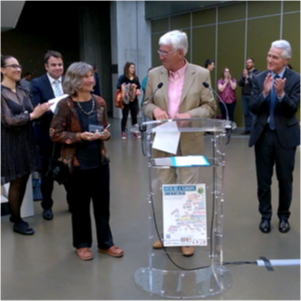 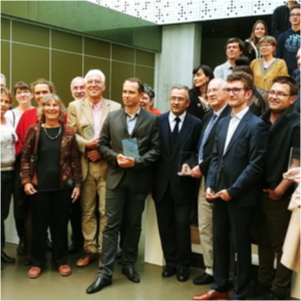 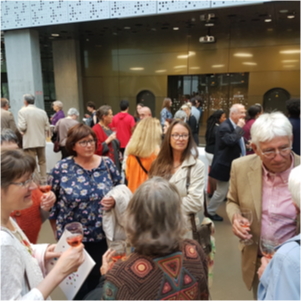 The 8th edition of the European Picknick took place in bright sunshine on the lawns of the Abbey of Vertheuil. More than 200 French, German, Dutch, Belgian and English participants as well as 30 young guests of the MEBA (Maison de l’Europe Bordeaux-Aquitaine) had come to Vertheuil with their carefully prepared dishes and desserts and raised glasses of champagne to Medoc actif’s 10th jubilee. Now and then sounded the hunting horns of the Naujac hunting horn group whereas Gib and Mathilde ensured the major part of music entertainment.
We would like to thank all who shared our joy. Special German Day in Lesparre
February 2nd, 2019

The event initially planned to take place on November 17th, 2018 had to be postponed due to the beginning of the Yellow Vest Movement actions which might have made it impossible to reach Lesparre.
In February, the German Day began with Angela and Dieter Botzenhardt’s Styrian accordion music followed by a German menu and songs presented by our vocal group Ensemble Vocal de Hourtin. On top of all this: The German General Consul had promised to join the event!