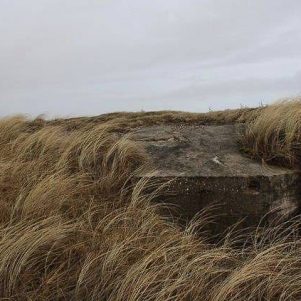 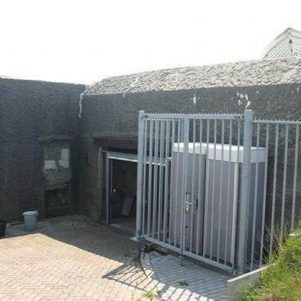 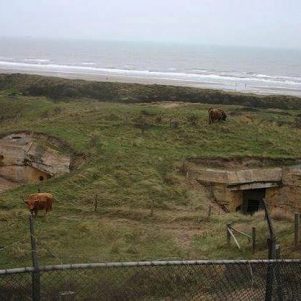 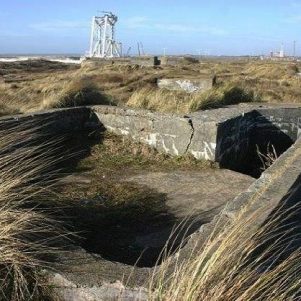 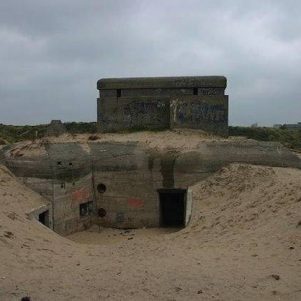 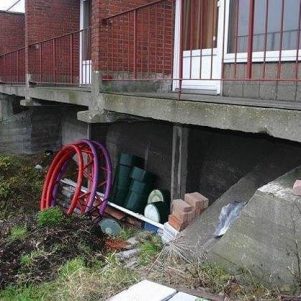 The many bunkers here on the Médoc beaches are a familiar sight and an invitation to graffiti artists. The ordinary walker on the beach doesn’t really know that they are part of the Atlantic Wall, that mighty line of defence built by the Germans along the whole of the European coast during World War II. This line of concrete extends from Norway to the Spanish frontier and at first comprised some 15,000 large and small bunkers.

Most of the bunkers are still there on the dunes or have ended up on the beach due to erosion. In a country like Holland it’s quite different : you no longer find bunkers on the beach. In the dunes, a bit further back, there are still a few that you can hardly see. Some have found a new use as storerooms, or as the base of a block of flats, or as a sort of disco. Some have even been converted into weekend homes. After all, Holland is small and densely populated, and there is no room for useless buildings. The majority of the bunkers have been blown up or – and this is better – simply covered over again by sand. Sometimes you can still see vestiges of them but the majority have completely disappeared.

But the great fascination for this 3,000 km line of defence still remains. In Holland, as is the case here in France, some of the bunkers have been turned into a museum. But those that have been covered with sand retain their great attraction as hidden witnesses. Even though it is strictly forbidden to dig in the dunes, dozens of people go bunker hunting in their free time. The real bunker freaks are not satisfied until they find one intact after nearly 70 years under the sand. During the Liberation the Allies removed everything of value. What remains is only of minimal interest, and items such as empty wine bottles serve merely to reflect the boredom of the soldiers. Thus you can find, hidden deep down in the sand dunes of the Dutch coast, a connection with the Médoc.