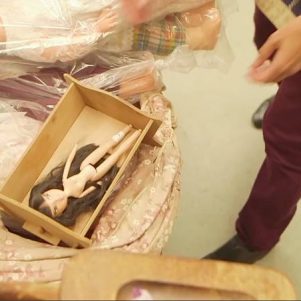 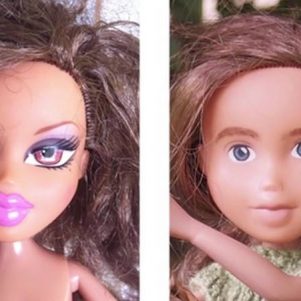 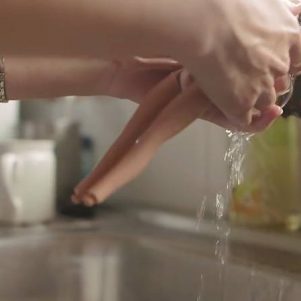 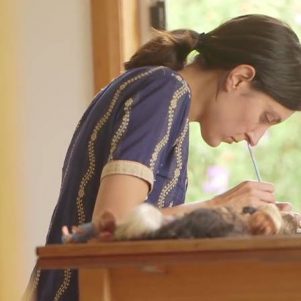 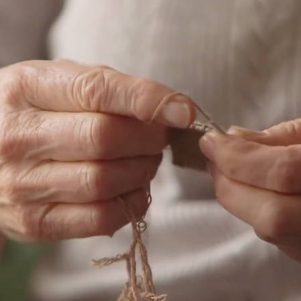 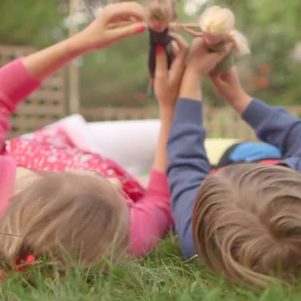 My sisters and I grew up playing with second-hand dolls and home-made toys in the beautiful Tasmanian natural environment. I love the satisfaction of repairing and reusing discarded items to give them a new lease on life.

Always a creative person and looking for a creative project between looking after my young daughter and looking for employment I began finding unwanted and discarded fashion dolls in the tip shops, op shops and second-hand markets of southern Tasmania. I decided to restyle the faces of the dolls by removing the factory paint from the dolls and repainting them by giving them makeunders and a more down to earth style. I made clothes for the first group of dolls I upcycled but soon my mum, an expert knitter and sewer, offered to clothe the dolls. Now we work together on the Tree Change Dolls. I also started repairing the dolls by making new feet when they were missing. I also fixed the hair by brushing, trimming and styling the hair.

After posing some of the first transformed dolls in my garden and posting photographs of them online (with encouragement from my partner John) at my new blog on tumblr they soon began attracting attention and I found my work going viral! Within days I was getting journalists from all over the world wanting to talk and thousands of messages from people wanting to by dolls. I seem to have triggered a global conversation about the suitability and style of some children’s toys. The story was produced by Rani Chaleyer with camera work by Daniel Hartley-Allen and went to air on 10 Feb 2015. It went online a few days later. It was viewed within facebook around 25 million times!! Perhaps you’ve seen it? Here’s the YouTube version - https://www.youtube.com/watch?v=lG-7e1vaB18

I am encouraging people to upcycle their own dolls and I hope to remain creative, to collaborate with other creative people, to help get children involved in making their own toys and to work towards helping everybody to look again with fresh eyes at the things we buy and the things we throw out without thinking twice.