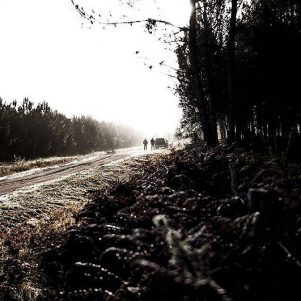 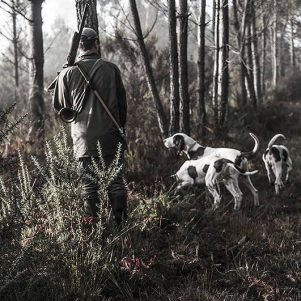 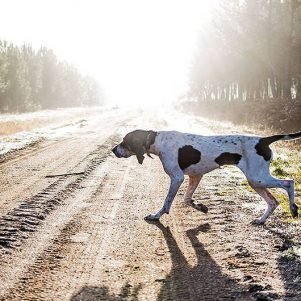 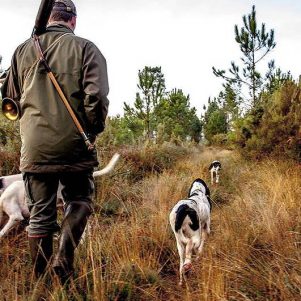 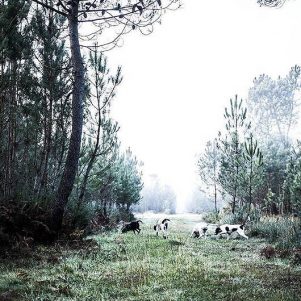 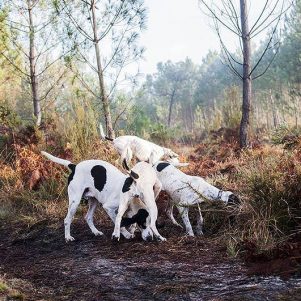 We set off on a misty morning looking for fresh tracks of the hare. The dogs were excited from the start but then we lost the hare tracks.

During this time the look-out team saw a deer run across in the distance. We went off to another site as the dogs had lost the scent and found nothing. We let the dogs off the leash a bit further on and a few seconds later an enormous wild boar crossed in front of our shooting party. So we put the dogs back in the cars so as not to interfere with other shoots in the area, our objective being the hare.

We set of to the municipality of Ordonnac where we started hunting among the still dripping trees despite the late hour of the morning. After a half hour's scramble through the brambles and undergrowth we had lost the youngest dog who apparently had found a place to play. We found it ten minutes later just next to the form, or lie, of a hare. The pack shot off after in pursuit of the hare, the dogs howling in the woods as they had finally found what we were looking for.

The hare suddenly scampered off in front of a hunter who was taken by surprise! The hare crossed the road to try to send the dogs off onto another hare: every hare for himself in such moments. But the dogs had not been duped and have followed the right scent to the end. After chasing the hare through a few vineyards, we hear a gunshot and then three blasts of the hunting horn signifying the end of the hunt.

After making a big fuss of the dogs we met up with other hunters to exchange our respective hunting stories of the morning. A morning’s hunt among many others in the Médoc...