Galloways in the Médoc 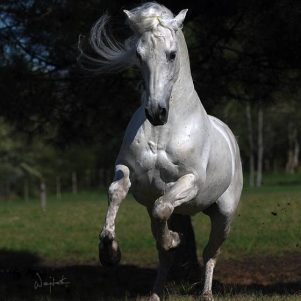 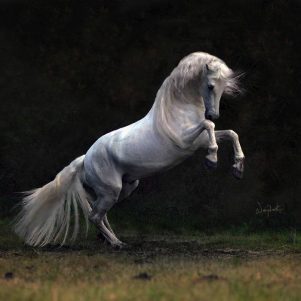 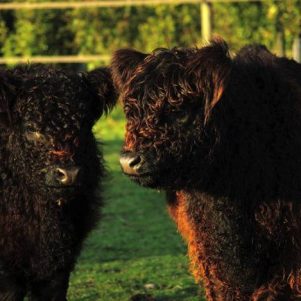 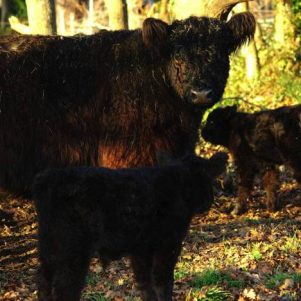 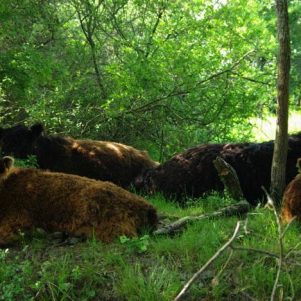 Dania Boettcher, who is of Danish origin, settled in the Médoc in 1999, attracted by the Atlantic Ocean to the west and the open and relatively unspoiled natural environment, and initially set about the purchase and restoration of a traditional farmhouse. In 2002 Dania inherited from her uncle a passion to breed pure bred Spanish horses of the Cartujano race She was lucky to start with a gift of a breeding stallion, Gorrion, a pure bred winner of many titles and competitions due to its excellent Cartujano qualities and it was this that motivated Dania to take up the challenge of breeding and selection.

It was a successful venture, and within 10 years the progeny of Gorrión have been sold everywhere in Europe, particularly in Norway, where they are much appreciated. In 2006 Dania wanted to diversify her animal breeding programme and was charmed by the Galloway breed of cattle proposed by a friend. Curiously this ancient race of hardy cattle originating from the lovely Galloway area of the south west of Scotland, is in his element in the pastoral landscape of the Pointe de Medoc ; the Galloway is a robust and healthy , hornless breed with silky-black curly hair, and a friendly and quiet nature.

Since 2007 Dania has considerably extended the rented grazing land, some of which is located within the Natura 2000 nature reserve, from 10 to 66 hectares, as well as importing 2 Galloways from the Hérault and a further 12 from Germany; in 2014 she now has a herd of 50 of this rare breed. She has taken the project a step further by producing organic Galloway beef for direct sale to consumers. She also shows her cattle at various local agricultural fairs and events assisted by students and friends, and help is always welcome and needed for example for the annual blood testing, the weaning of young animals and application of ear tags to new born calves, etc.

Now deliveries of Dania’s Médoc organic beef are made from the Pointe de Grave de Médoc to as far as Bordeaux to the south; and as Dania says:

"In spite of the free range and natural life of the cattle, which are born and grow in a more or less wild state, our animals regularly undergo strict and comprehensive health checks; we monitor daily the well-being of each individual animal”