The Lighthouse of Cordouan destroyed! 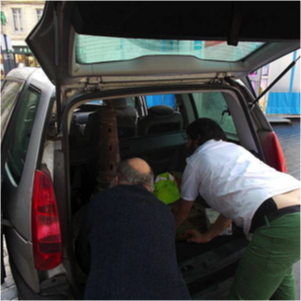 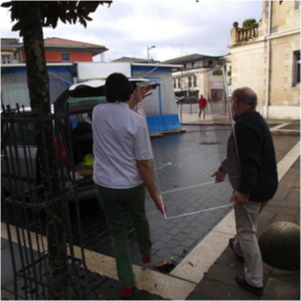 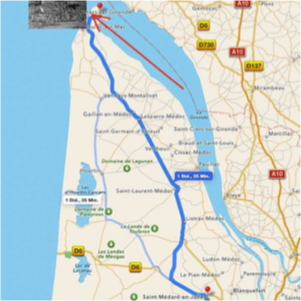 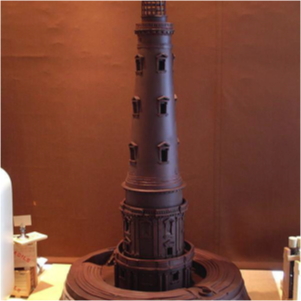 Don't worry; the real Lighthouse is still standing. Here we are talking about a gift from the chocolatier Florent Bouchon at Saint Médard en Jalles to the Association for the preservation of the Cordouan Lighthouse: a chocolate model of the famous lighthouse which was completed in 2007 and standing about 1 m high, an incredible 5 to 6 kilos of dark chocolate and which was displayed in his shop to the delight of his customers. It was to be exhibited in the Museum of the Association along with other models of the lighthouse.

But how was it to be safely transported to the Museum of Le Verdon sur Mer ? A Peugeot 807, placed at our disposal, was spacious enough to provide the transport, but we were well aware of the risks associated with such an enterprise, and it was uncertain if the model would survive the transport.

No sooner said than done and the model lighthouse was extracted from its plexiglas case in the chocolate shop, placed on an appropriately sized plank , then carefully placed in the trunk of the vehicle on a bed of blankets. Having also loaded the glass showcase , we are ready to face the 90 kms separating us from its new home ,not forgetting the hazards of all the sleeping policemen and other obstacles lying in wait for us on France’s renowned road system!

Everything went well as far as le Verdon sur Mer; then, alas! shortly before the last level crossing and less than 800 m from our final destination, crash! a violent noise at the rear of the vehicle tells us all we need to know about the fate of the chocolate model. Having reached our destination at the Museum opposite the ferry pier, we were left with carrying the chocolate debris, a few chunks of lighthouse in good condition, but all the decoration and the upper part of the model in smithereens. So after this unfortunate incident if we are unable to display this dessert version of Cordouan to the visiting public, we at least have photographs of the model and its designer to give an idea of its magnificence.

And even if we will not make the Guinness Book in the field of chocolate lighthouse carriers, we at least gave it a try! To conclude on a note of optimism; even before the disaster, Florent Bouchon the chocolatier suggested that if necessary it might be possible to try to remake the lighthouse out of the chocolate ruins. So we might yet find it in the Museum of the Lighthouse of Cordouan and of Lighthouses and Beacons.

And if you want to participate in the preservation of the lighthouse of Cordouan, come and support the Association with your membership!