Polo and wine – a perfect symbiosis

Polo and wine seem to be a perfect fit.

Already back in 1973 Pierre Tari, at that time owner of Château Giscours, founded the Polo Club de Bordeaux. Over one decade this team shaped the French Polo and won several times the French Championships as well as the famous Cowdray Park Challenge Cup in Great Britain in 1989. Part of the team of the Polo Club de Bordeaux was Louis Tari, son of the owner and best French junior player as well as Lionel Macaire and his brother Stéphane Macaire, best French handicap player.

Right at this time Mohamed Hachchach grew up in this wine region around Château Giscours. He was fascinated by the speed and the power of the horses, the elegance of the sport as well as of the presence of actors like Guy Marchand who played polo at Giscours. 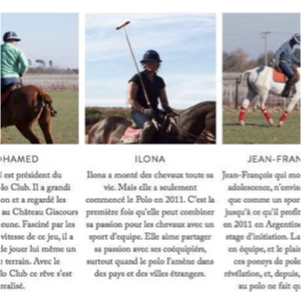 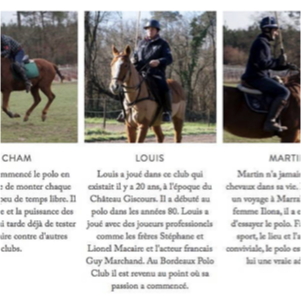 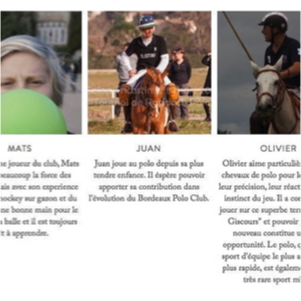 At the End of the 1990th the sport of kings ended at Château Giscours and the perfect symbiosis between polo and wine in the Médoc seemed to be broken.

But Mohamed Hachchach didn’t wanted to accept that. In the meantime he was himself a talented polo player and was working as a counsellor for some vineyards in the Médoc.

To join his two passions, wine and polo in the Médoc, he founded in 2015 the Bordeaux Polo Club right on the former polo fields of Chateau Giscours.

With the Bordeaux Polo Club Mohamed would like to make the sport of kings accessible to everybody who shares his love and the respect for horses and the fascination for speed, power and elegance.

The Bordeaux Polo Club is open around the year and offers stick and ball every Saturday morning. For more information and for reservations please visit: www.bordeauxpolo.club or contact directly the author, herself a passionate polonista.