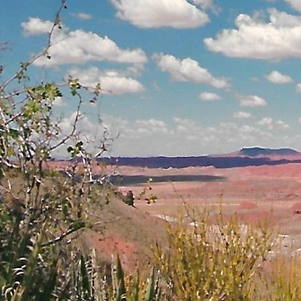 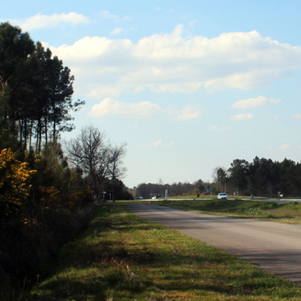 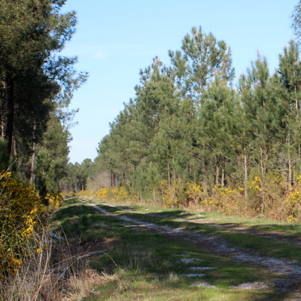 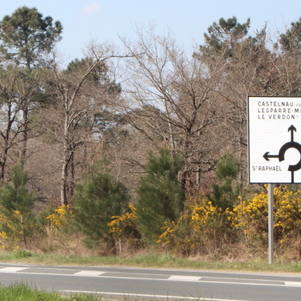 In the USA the road I most often took was Interstate 10 which runs from the east coast, north of Florida, all the way to the west coast, towards Los Angeles. Crossing Texas, New Mexico and Arizona was very gratifying to me because I love wide open spaces, when your eyes seek out the horizon where the limits of earth and sky join together.

In France too we have these kinds of wide open spaces, and they are there, where I live. Here too the road stretches away, long and straight, towards the ocean, another endless space. It pierces the forest of pines which are held in check by gorse.

Here everything seems infinite. The vast green waters of the ocean, the forest, another green vastness, and those straight roads which seem to lead nowhere.

Just to give the illusion of reaching somewhere, roundabouts have been constructed, from which other straight roads lead off into the forest. But don’t think that monotony reigns. From time to time another route appears, running off at right angles to the road, a sort of grand track ripping apart the forest, and which also flies off towards an improbable elsewhere, bounded by gorse bushes. These latter are everywhere, in the forest and along the roadsides.

Soon they give way to broom, which looks like them but lacks the thorns. Then it too disappears, and ling is seen flowering along the verges. Then heather will announce autumn and the red ferns of winter will once again make the eternal green of the pines sing.

So the year advances in the open spaces of the Gironde, a deceptive land because, with all these straight tracks you might say it was impossible to get lost, without suspecting that your vision gets lost, and your soul takes flight in dreams of immensity and eternity, hypnotised by the beauty of the world.