The Médoc: A minor downside?

For many of us who have migrated here, the Médoc is the ideal place to live – whether French coming from other regions or people from neighbouring countries. . Climate, natural landscape, sea, way of life, wine, Medoc has many advantages. As everywhere on our planet, it is not guaranteed to stay that way. It is for example not so long ago that a methane storage plant was proposed to be constructed at Le Verdon, a project with a security risk that has been classified according to an EC Directive (Seveso II). And it took the power of many people, who together formed the association Estuaire pour tous, to get those plans off the table. Several demonstrations in 2009 clearly showed what this region and its protection did and still does mean to those of us living here. 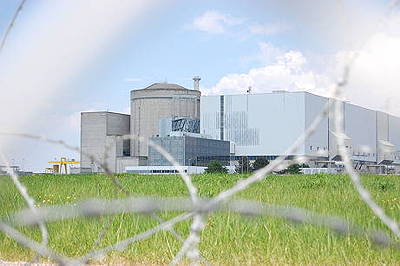 There is however already a very much older, more precisely since 1981, and much greater threat namely the Blaye nuclear power plant with all the risks known to be associated with French reactors. Again, there have been incidents in recent times, and in recent memory, that have caused people to take to the streets, such as the TCHERNOBLAYE disaster (for http://tchernoblaye.free.fr). That the nuclear power station lies on the opposite side of the Gironde from the Medoc, far from the tourist attraction of the ocean doesn’t make it any less risky. Must some disaster like that which shook the people of Fukushima, happen before anyone takes notice?? 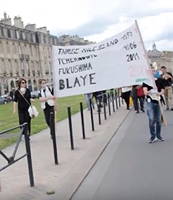 The other day we read in the Journal de Médoc about the threat of a disaster: the contingency plan will not extend beyond a radius from 10 km to 80 km as has been called for in various debates on the subject! 10 km is just about the distance from Blaye to Pauillac on the other side of the Gironde. No need to worry? After all, there appears to be a proposal being talked about within the European Union calling for a radius of 80 km and maybe you could talk locally about a compromise of 30-40 km... But at the moment there is a plan to distribute iodine tablets only within the 10km limit in the case of a nuclear disaster!.

Is this, however minimal, worry about safety the price one must pay for living in this wonderful region of the Medoc? And then we read in Der Spiegel (50/2015), that the Greens in the German Bundestag have demanded the Government in Paris to implement an immediate halt to all operations in Fessenheim (a nuclear reactor comparable to Blaye) . Unfortunately Blaye is not directly on the German- French border!