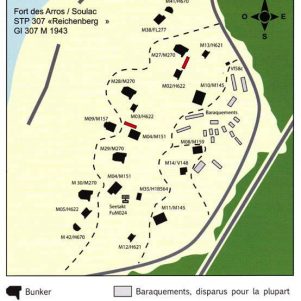 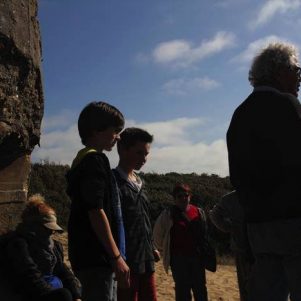 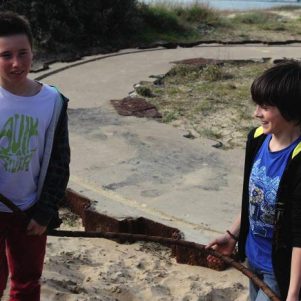 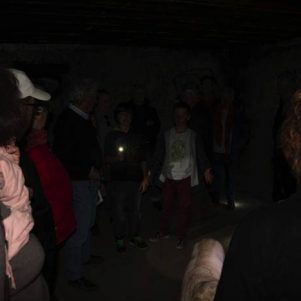 While on a Connaisssance du Médoc outing to the Arros bunkers just north of Soulac we got to know Brice and Léo, and we saw them in action. They were from a school group of 11 year-old girls and boys who were doing an “apprenticeship” on the Atlantic Wall with Jean-Paul Lescorce, the bunker-archaeologist of Soulac.

Seventy years after it was built, traces of this wall of fortifications can still be seen on the beaches. Some, buried in the sands, are at risk from further coastal erosion while others are still in their original position, on the crest of the dunes. Apart from Jean-Paul who remembers the bunkers from when he was 7 years old, few people still have a clear recollection of those days. Will his knowledge end up in the sea one day, like some of the bunkers?

Jean-Paul is not getting any younger and he wonders who will be able to continue with the work he’s started. After all, he’s the only person officially working on the conservation and preservation of the remains from this period, one during which those living in the Médoc had to suffer fighting just before the end of hostilities: namely the Allied bombardments of the Fortress of the South Gironde.

Brice and Léo and other children who are interested in this period and who want to be involved in the presentation and display of the remains of these bunkers - in amazingly good condition – still have a lot to learn. Having been with their class on a guided visit of the bunkers, they continue in their own time. For a while their parents will bring them to Arros each Sunday morning to spend an hour and a half learning from Jean-Paul. Knowledge of the complex structural framework of the bunkers, details of the lighting and ventilation, the provisioning and, of course, the weaponry can only be acquired through conscientious learning and memorization. Eventually they’ll know the details, even the weight of the sealed double doors that closed the bunkers.

During our Connaissance du Médoc visit the two young experts experienced some small teething problems as it was the first time that they had been guides alongside Jean-Paul, but they soon got into their stride and for several minutes they were the guides themselves, showing us what they had learnt.

Even though we don’t know whether or not they will take over from Jean-Paul one day, they will retain their specialised knowledge of the bunkers and they’ll be able to continue what the apprentice-master has taught them, so that the chapter of history relating to the bunkers of Arros will not fall into oblivion.