Wolfram Knöchel: In the Medoc in search of clues 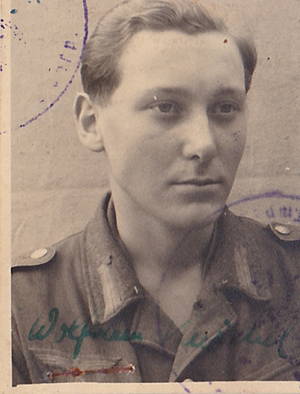 At the End of May we’ve travelled to the Medoc – for the first time.

As a journalist I have covered a lot of the French regions and over many years we had various French holiday destinations, though never the south-western part. This year was different – well, everything was different. Because the story of this journey started way earlier…

Halle/S. 27.12.2014: A shoe box without a lid. My tentative fingers find it in the dark corner of the book case whilst I was looking for… Well, what was I looking for?

Letters on the bottom of the shoe box, more than a hundred, neatly tied up with yellow silk ribbons, scrunched by the years. Obviously, the shoe box was given to me after my father died, together with old documents and certificates. I have no recollection of it. The box remained. He did not. I’ve put everything in the book case. Then. I did not look at it. For six long years. Now it forces its way into my memories. I’ve never seen these letters before, brownish, silver-thin paper which, when I unfold it, doesn’t even make that typical rustling noise anymore: A glance at the date – 1944 – so exactly 70 years ago – my father was just seventeen years old and a sixth former at the Francke Foundation in Halle/S.

A year before he had already started a different career path - the one of a Flakhelfer, as the anti-aircraft auxiliaries, as all sixth formers born between 1926 and 1928, where known. My father was born in 1926. It took only one year to make school days an exception, eighteen hours a week were mandatory, because school and war would not go together. And in the meantime the child soldier became a Lance Corporal. One who questioned, but still obeyed.

Three months later the seventeen year old boy from Halle/S. experienced the scare of the Western Front, was ran over by a tank in the hideout, got buried under soil and rubble, survived, got captured.

The notorious Rheinwiesen, Rhinemeadow camps, 1.3 million people have wilted under the sky. He survived. He is one of thousands of POW’s, which were demanded by France from the Americans to re-build the country. In the south-west of France he becomes a Demineur, a bomb disposal expert, and together with his comrades, he disarms 56263 mines of all sorts along the Atlantic Wall between Le Verdon -sur-mer and Arcachon. The deadly legacy of the war. Until 1948. He survived again and writes about it in his letters. And about his hunger for life...

I am at loss with the shoe box. What am I supposed to do with world history contained in that heap of neatly folded little envelopes? After all this time?

I am perplexed, stood in front of the shoebox. What was I to make of this heap of small folded envelopes in which was encapsulated a snippet of the history of the world? Still relevant today?