The Wine Store and the Music School 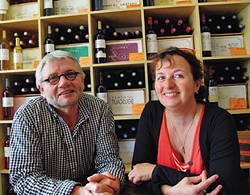 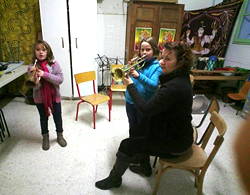 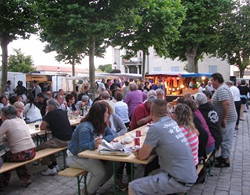 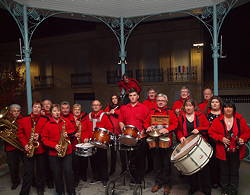 Natives of Normandy, Ludovic and Catherine have re-invented themselves by creating a wine store , and by playing music. Ludovic Tihi was 43 when he experienced an existentialist moment. He was selling hygiene products and disinfectants in Le Havre. He was an excellent marketing man, in the prime of life, very well paid, and was probably heading for the top position in his company. He has turned his life with Catherine, then running a small music school in the suburbs of Rouen, upside down. A wedding invitation in July 2005 took them to Grayan et L’Hôpital in the Médoc, in the middle of nowhere. They felt an immediate affinity for the area, explored it, then returned one weekend and decided to move down.

Within two days they had acquired a house in Saint-Vivien, more affordable than the view of Cap Ferret. Two training opportunities grabbed him. The first led him to discover the chateaux, the local “oilfields”. The second gave him access to a training course paid for by the job centre. He chose “Wines and Spirits” at the Institute for Commercial Promotion at the Chamber of Commerce. The diploma led him to another planet. He was keen to learn all he could about the world of wine. In 2011, he founded the Cave de Ludud, as an enthusiast and in his own place, where people could come and buy wine at the weekend or while on holiday.. A space of 20m2 – an old dry cleaners in the town – became the real Cave de Ludud. Once he had his licence II he put in a bar for the sale of wine and beer.

The couple joined the Banda Pays Médoc, she with her saxophone, he with a washboard. Music leads to friendships. Catherine runs courses at Hourtin and she created the Si Fa S’iL at Saint-Vivien. She also takes part in the Orchestre Nord-Médoc and the Philou Orchestra. Every Tuesday evening, before rehearsals of the Banda, the couple taste a new beer. These come from Belgium while the whisky comes from Japan. The Tihi had not had a holiday for nearly ten years, but last year they rented a B & B in order to discover old Bordeaux. At the end of June they were playing on the steps of the Grand-Théâtre for the music festival. Along with a friend, and in partnership with local businesses, they have set up the night market in Saint-Vivien, on Sundays in July and August, and also at Grayan on Fridays.

Ludud organises tastings in house and offers its space for private use out of hours. “It’s a bit rash” he says “ to change one’s lifestyle ( completely ) but I am no longer the same person that I was. Material goods interest me far less now. I don’t have to defer to others. If I’m awake, I open the Cave at 7 in the morning. I don’t have a watch any more and I don’t wear a suit. I work for pleasure.”