A little freedom at Le Gurp 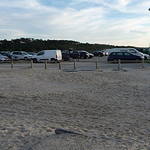 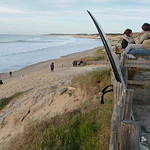 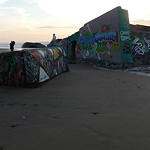 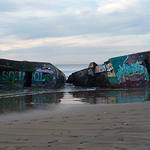 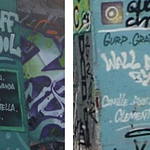 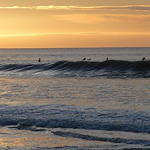 Yesterday was special. After almost a month of lockdown we regained a bit of freedom. We had only been allowed to go out for a walk or for any form of physical exercise within 1km from home and for a maximum of 1 hour. This has now been extended to 3 hours and 20km. That makes quite a difference. We still need a permit stating when we set out and why, but we can now go out without specifying a precise destination.

Luckily it was a beautiful day, calm and sunny. So I took the car to Le Gurp, which is just behind the beach and comprises a large camp site, several small shops and restaurants (closed for winter) and a car park with access to the beach. For many years Médocains have been coming here to walk on the beach and, when the weather conditions are right, you can also see surfers, but usually you can count the numbers of people on the fingers of one hand, and sometimes no-one is there. That’s how I expected to find it, but on the road to le Gurp I encountered several cars. That was remarkable because this road is practically never used in November. When I arrived at Le Gurp I was surprised by the number of vehicles in the car park.

Just as on the first beautiful day of Spring, whole families had arrived to walk on the beach, to indulge in sport, play in the sand or just look at the sea. There was a festive spirit among the visitors, as if they were cattle returning to their pastures for the first time after leaving their winter quarters. People radiated joy, and their delight at once again being able to go to the beach, free from restrictions, was clearly visible.

Le Gurp has a very beautiful beach, but here, as elsewhere, a lot sand has recently been carried away by the sea. The advancing erosion is best seen from the edge of the dunes. Here, as everywhere along this coast, the remains of bunkers from the Atlantic Wall are still visible. From their original position on top of the dunes they have now slid onto the beach as a result of erosion. These bunkers have become desirable objects on which locals and holidaymakers can show their creativity. Many painted images have already covered the grey concrete. In winter the images will be continually buffeted by the sea and this colour will be somewhat altered, but next summer they will be renewed once more.

Not everyone appreciates this kind of graffiti but what everyone does agree on is that they are at least colourful. And the fact that some very talented graffiti artists have been at work is plain to see. The images are created in a more or less organised way, and have even become the subject of publications on the internet via the “Gurp-Graff-School page (https://www.picuki.com/profile/gurp.graff.school). The coast along here is a favourite spot for surfers who can be seen everywhere waiting for that right wave. Its even true today at sunset. The beach is bathed in red in the light of the setting sun disappearing beyond the horizon. The temperature drops suddenly and the beach empties. Even the last of the surfers have left the water. Calm descends on Le Gurp once again. Even the noise of the waves is barely perceptible.