The Peninsula from on high 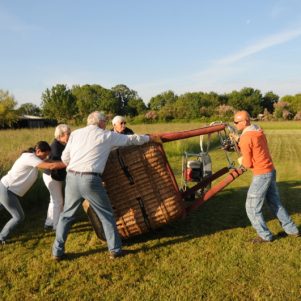 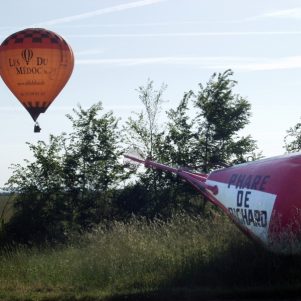 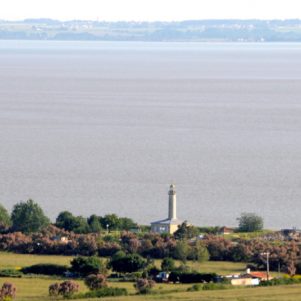 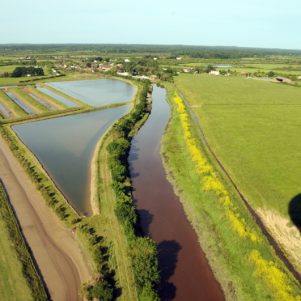 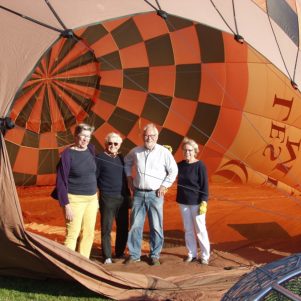 In June we had the idea of floating above our North Médoc peninsula to see it from the air. Our starting point was “ Montgolfières du Médoc” at the Port de Richard. We had to wait several days for the right weather (i.e. wind) conditions.

So it was that, early one Friday morning on a beautiful day, we set off. Nevertheless you don’t climb into the basket straightaway. Oh no, you first have to be initiated into ballooning, then help the crew set things up. After almost an hour of this it was time for take-off. Such a sublime feeling!

Having been given all the safety information and instructions by our charming pilot, off we went, floating in the soft breeze which moved us gently along the Gironde above the familiar countryside. But to see it from above and with the feeling that you could almost touch it, was a breathtaking adventure. We were really amazed to see from up there the neatly-cultivated fields, the grassy meadows with all their cows, the Phare de Richard lighthouse, the aquaculture of oysters and gambas (scampi)and the “Cabanes” at the Port de Saint-Vivien. We even saw a hare running away from our floating monster.

Our very good friend, the photographer Lothar Friese, was on board with us while his wife Ulrike stayed on the ground tracking us with her camera. So now we have some marvellous pictures as a souvenir.

After an hour’s flight our pilot made a gentle descent into the tall grass of a meadow not far from the Port de Saint-Vivien. Once we had extricated ourselves from the basket we had to pack everything up! The balloon was carefully folded and stowed with the basket into a trailer. Then it was back to the Port de Richard where the pilot offered us a celebratory drink and awarded us the “Aeronaut’s Diploma of Honour”.

A sensational adventure – highly recommended to everyone, everywhere. All in all, absolutely fabulous!