The museum of automates in Vertheuil 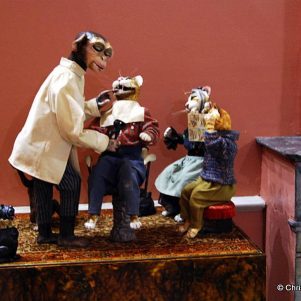 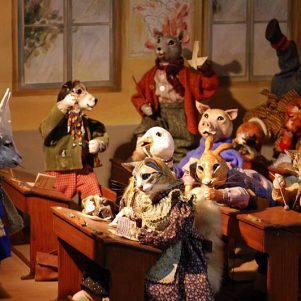 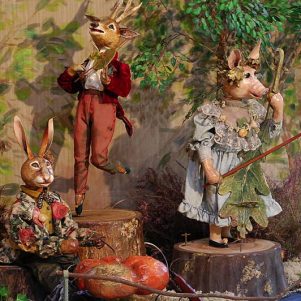 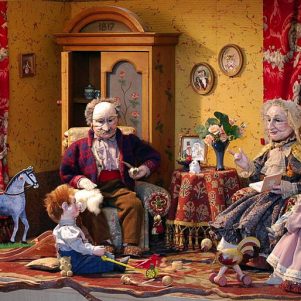 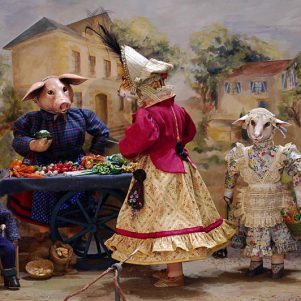 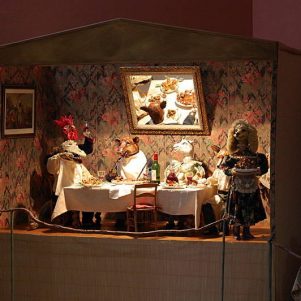 It is now more than 30 years since Anne Pradère and Dominique Jalabert, in their workshop,”The tree made of bread/The bread tree” envisaged, developed and brought to fruition a collection of animal-like automata, inspired by the satyric characters of Granville, a caricaturist of the 19th century, with a little nod to La Fontaine. The collection features scenes of everyday life in which animals mimic humans.

The automata are mechanical and constructed in the time-honoured manner. The characters are executed in collage and painted in the traditional way. The costumes are made to measure with old fabrics, lace and facings. It is a collection which is unique in its own way.

Rémi Jarris – Mayor of Vertheuil tells us the following:

"In December 2014, I heard about the closure of the museum of automata in Pauillac and I read in the papers that the commune of Pauillac didn’t want to acquire it so I said to myself that it would perhaps be an excellent idea to suggest to the owner that it be installed in Vertheuil as it is a little masterpiece that should not leave the area. I therefore contacted the owner who said to me, “Yes, I am having to start selling the pieces one by one.” I was a bit surprised. “But no, we must keep it! You are the creator; you’ve made it all with your own hands!” She agreed that the Little Museum of Automata be set up in Vertheuil and at the beginning of 2015 we restored a room in the Abbey in order to accommodate it appropriately. This operation has cost the commune 28.000€. We have signed an agreement with Madame Pradère to share the entrance fees. We have also had the collection valued. The cost, should we have to buy it, would rise to 53.900€ which is not currently affordable. We have, therefore, launched an appeal in order to gather funds and so far we have received 16.000€ in pledges.

The Little Museum of Automata is, from now on, installed in the Abbey at Vertheuil in the Médoc. It is now a matter of collecting the funds which will allow the Commune to acquire and thus increase the value of the Abbey-church site on which there is already the Eco-museum of Centre Médoc.

You are therefore invited to make a donation to the
FONDATION DU PATRIMOINE AQUITAINE
Donors will receive an invitation to visit the Little Museum, as well as the Abbey itself, free of charge.