Guided tours of the Bunkers 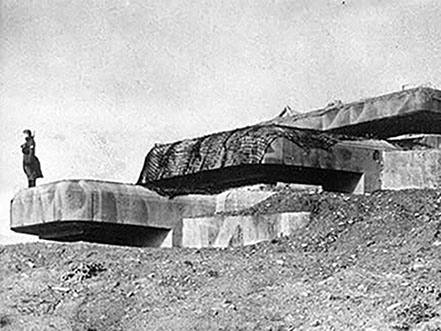 For quite a while now, Medoc Actif has published articles about the end of the war in the Médoc. It all started when the daughter of an old prisoner of war came to try and learn about her father and asked us for help. Other sons and daughters of prisoners were contacted and this subject became an important element in our range of contributions.

Meanwhile we got to know Jean-Paul Lescorce and found out about his passion for the bunkers at the site of Les Arros near Soulac. We also learnt about the variety of his work. His guided tours of the bunkers play an important part in preserving the history of the Médoc (he was recently awarded the Cross of Merit of the Federal Republic of Germany for this) and, on this theme, many Germans have also met one of their countrymen, Ulrich Marwendel who provided simultaneous translations during Jean-Paul’s guided tours of the bunkers.

The recent sudden death of Ulli was a great loss for us and also for the visits to the bunkers. Nevertheless, Jean-Paul has now found two more German interpreters: Paula Scholemann (Montalivet) and Gerald Gelling (Hourtin). And this has already worked perfectly for a first time: a big thankyou to both of you.

Here, to complement this article is a list of Médoc-actif publications on the theme, “The end of WW2.”